Prior to massage therapy, Megan was working as a nanny and studied psychology. She always had an interest in massage, though, as her mom was a massage therapist herself. After some research, Megan found MaKami College. A free 1-hour massage gift card for the student clinic offered with every campus tour quickly caught Megan’s eye, so she decided to go for a tour. After her tour, Megan decided to enrol in MaKami’s 3000-Hour Advanced Clinical Massage Therapy Program!

While in school, Megan faced a few challenges. She had high expectations for herself and had a certain level of performance she wanted to achieve. Putting pressure on herself caused Megan a lot of stress, but it also pushed her to keep going and strive for success.

At a career fair hosted by the college, Megan met representatives from Massage Heights and promptly began working with the company after she completed her first year as a volunteer. However, she was quickly promoted to a position as Lead Therapist where she was in charge of hiring and training other therapists. Megan’s success did not stop there. She was later offered a position as the Director of Massage Therapists for Massage Heights in both Edmonton and Calgary. Megan is now the face of Massage Heights and is in charge of hiring, training, scouting and managing the massage therapists.

After graduating from school with this new career, Megan feels like a different person. She is more confident.

Megan loves that she could help people and achieve their goals. Her quality of life has improved and she has become the primary breadwinner of her household. Megan is also able to enjoy a lot of the other perks that come with her increased income, such as eating out and travelling around. She recently spent two amazing weeks relaxing and driving around the seaside in Malaysia and is now in the process of buying a house. Megan also was able to support her husband while he was in school for Civil Engineering. Megan’s future plans include more travelling, with England as the next country on her list of places to visit. She hopes to keep doing massage therapy and working with Massage Heights, with the hope that even more opportunities and responsibilities will unfold in the future. With determination and hard work, we are sure that Megan’s success story has just begun! 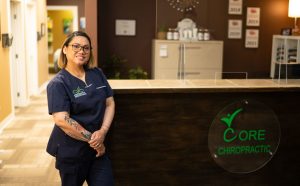 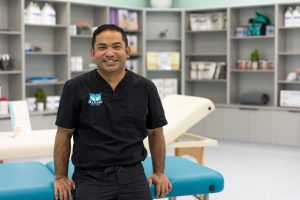 Samuel – A Father Who Wanted More

Samuel Carera wanted more than to juggle multiple jobs and struggle. Through the power of education, he got everything he ever wanted. 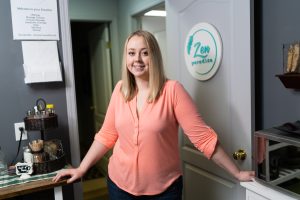 Taylor was a young retail worker getting some much-needed massage therapy when she stumbled into a new career as a massage therapist herself.