Before attending MaKami College, Derek was enrolled at the University of Calgary, studying Biological Sciences while working multiple retail and sales jobs at a time.

“It was actually through my godsister that I heard about MaKami College,” says Derek. “She was looking for a change and she invited me to join her for a tour of the campus.” After the tour, Derek promptly left the university he was attending and enrolled in the 3000-Hour Advanced Clinical Massage Therapy Program at MaKami College along with his family friend.

“I’ve always had an interest in healing,” Derek says. “I loved the idea that massage therapy could heal individuals, and I wanted to explore more ways of healing the body than just the traditional methods that people were used to.”

Derek also found employment came easily. He was already working during his second year in the program as well as after graduation. He currently works at the Kananaskis Nordic Spa located outside Banff, Alberta, surrounded by the beautiful mountains.

Derek now experiences a more carefree life. In the past, he needed to work three jobs to make a certain income. “But now, I get to work just one job that allows me to make more than enough,” he says. On top of the financial benefits, there is no need for Derek to work a 40-hour week. Instead, he gets to enjoy a shorter work week while making a higher income.

“If you are hesitant about starting this program, my advice is to explore,” Derek says. Give it a shot, and you will know whether or not you have a passion for it.”

With the new flexibility in his schedule, Derek has taken up Brazilian dancing and has had the incredible opportunity to travel to many amazing places to dance and perform. He has been to Mexico, Toronto, Vancouver and more.

In the future, Derek plans to continue his work with the Kananaskis Nordic Spa and take some further education in massage therapy, specifically in osteopathic therapy.

We wish you all the best, Derek. Thank you for all your hard work! 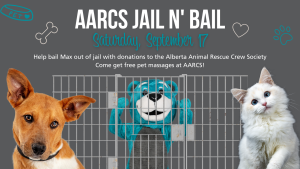