EDMONTON, AB — For the second year in a row, an Alberta-based private vocational college has received national recognition for being one of Canada’s fastest growing companies by PROFIT 500.

MaKami College was ranked #73 on the 2015 PROFIT 500, a list ranking businesses in all sectors based on their growth over a five-year period. MaKami’s five-year growth was pegged at a remarkable 996 per cent.

“It’s an honour to again be recognized as one of fastest growing companies in Canada,” says Marija Pavkovic-Tovissi, CEO of MaKami College. “We know we have grown significantly over the past 14 years, but it’s still great to see that growth acknowledged in the business community.”

MaKami credits its success to its great team of staff and students, as well as those who have supported the school and its steady path of growth.

“It’s an incredible honour to receive this award, especially in the company of so many successful business leaders,” says Pavkovic-Tovissi. “A company is made up of a group of people and we have some of the best people on our team, which is why MaKami College has enjoyed continued success and growth in our province. Over the last 15 years, our exceptional faulty has been able to continually produce skilled graduates who are high in demand. I believe that education breeds generational change and that the college is not only educating individuals, but also helping to create opportunities for the students, their families and future generations to come, which is a wonderful feeling.”

With campuses in both Edmonton and Calgary, MaKami College is one of the largest private vocational colleges in Alberta and the largest provincially accredited massage therapy school in Alberta. To learn more, visit www.makamicollege.com 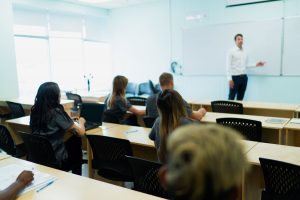 How COVID-19 Has Impacted Post-Secondary Enrollments in Canada

The pandemic brought some sweeping changes to post-secondary schooling, leading to uncertainty for enrolled students and hopeful international students. 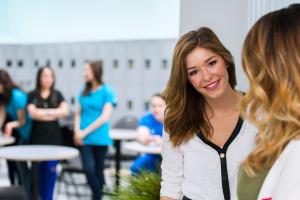 , MaKami College is proud to announce the creation of a $100,000 scholarship fund on behalf of MaKami College and the Pavkovic family to those living in financial hardship.  , “At MaKami, 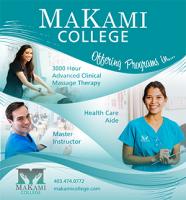 It was an honour for MaKami College to be included in the Alberta Filipino Community Leaders Conference and Gala this weekend.  , We have been inspired by their leadership team for having