With an interest in fitness, Olivier Pere never considered doing massage therapy before, but that all changed after his father’s car accident. Olivier tried helping his father through fitness, but quickly realized he was not seeing much change. “The healing part was missing,” he says. That is when his journey in massage therapy began.

After his father’s tragic accident, Olivier started searching for different methods of healing. He found MaKami College and saw that the 3000- Hour Advanced Clinical Massage Therapy Program offered aspects of both massage therapy and therapeutic exercise, which piqued his interest.

Prior to attending MaKami College, Olivier studied Economics and had a Bachelor’s degree. He then started a Masters Degree in International Management. Although he enjoyed what he studied, he always wanted a career in health but was not exactly sure which career in the health care field he was interested in pursuing. He started first with fitness and kept on looking until he came across massage therapy.

In the beginning, Olivier had doubts about whether massage therapy was something that he wanted to pursue. However, his perspective changed once he started the second year of the program.

The newfound knowledge excited Olivier and once he noticed how much better people felt after his massages and how much change and improvement there was in his clients, Olivier knew that he was in the right place!But that did not mean that he would not face some language and cultural challenges while at MaKami. Originally from Togo, Olivier moved to Belgium and then Calgary, where he currently resides, and he could not speak or understand English very well, as French was his first language. This pushed Olivier to record every single class so that he could go home, translate, and study the lectures again to make sure he understood the concepts.

However, despite the challenges, Olivier kept moving forward in his studies and achieved his goals. Currently employed at Iron Empire Gym, Olivier is now working as a trainer as well as a Massage Therapist. He rents a room at the gym for his massage table and his treatments and it is the perfect place to meet more clients.

On a financial level, Olivier’s life improved after completing his diploma in Massage Therapy. He now makes a higher income but does not have to work as much.

Using social media effectively has also helped Olivier reach his desired clientele. The first client who responded back was a 3-time award-winning champion in bodybuilding. His first session was 3 hours long and Olivier still felt like there was a lot of work to be done.

With the higher income, Oliver is investing in his brand and his business, which will allow him to keep growing in the massage therapy field.

He plans to travel for work and already has clients in Montreal (Canadian Cialis) who are waiting to receive treatment from him. 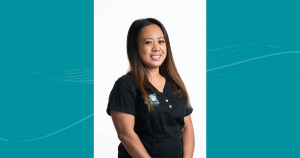 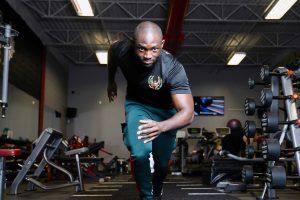 With an interest in fitness, Olivier Pere never considered doing massage therapy before, but that all changed after his father’s car accident. Olivier tried helping his father through fitness, but quickly realized 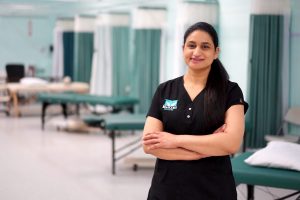 Originally from India, Ramandeep was running a salon from her home and decided she wanted to increase her business by attending MaKami College's massage therapy program.