Held on Saturday, September 17, 2016 at the AARCS Safe Haven shelter facility (Bay G, 3851 21st Street NE), the fundraiser will jail VIPs in dog kennels (with their fur friends), and they will be released when they have raised the preset amount of money to be bailed. MaKami College will also be onsite to provide free massages to the public.

“We’re always so excited to participate in this fundraiser,” says MaKami’s CEO Marija Pavkovic, who has herself been thrown in jail to help raise funds for the organization in the past. “We’re big animal lovers and anything we’ll do whatever can do to help our furry friends in Calgary!”

The family-fun event will also have a street festival, kids area, food trucks and adoptable animals on site and more!

All proceeds raised from the event will go towards the programs and services that AARCS provides. To learn more about this AARCS fundraiser visit http://aarcs.ca/events/event/jail-n-bail-2016/ 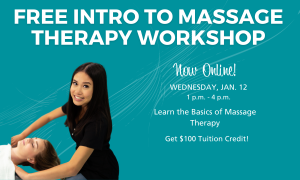 MaKami College Alberta will be onsite at their NE campus in Marlborough Mall July 10, once again hosting a FREE Community Pancake Breakfast.

MaKami College is excited to announce the opening of its second Calgary location in the city's northeast Marlborough Mall.